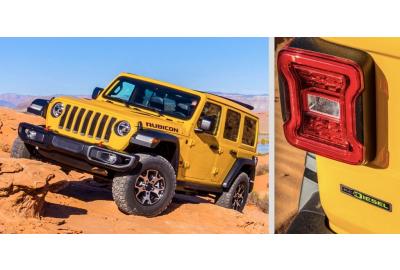 As with many technological and aesthetic upgrades and improvements that come with model years, these changes are generally catering to new general expectations from the buyers. While some of us might stick to our old ways and prefer our diesels to be big and loud, we also have consumers wanting more modest use of such an engine and vehicle. Some want better fuel economy while still being able to tow and haul a fair amount. Some just don’t feel the need to own something so big; however, they might also want a diesel, because diesels are still unique in the way they work and the character they give to a vehicle. After years of only having a gasoline option for their ideal vehicles, the wishes of that crowd are finally being granted.

If I was in the market for a smaller diesel, I personally would prefer something like the new 3.0L Duramax Silverado/Sierra 1500 or EcoDiesel RAM 1500, as I don’t need a whole lot of truck, and I don’t want to spend a lot on fuel, but I still would like some towing power and hauling ability. I don’t see myself hauling anything larger than a 23-foot bowrider boat or a trailer full of lawn equipment. A half-ton diesel is probably the best compromise if you’re not hauling anything a lot larger than that and if you want good fuel economy.

Also, if you happen to be travelling frequently into an enormous, densely-populated city, a lifted 3/4-ton or larger truck can be quite a burden, especially when you have to find parking. Your truck may have a hard time fitting into some garages, and parallel parking is even more of a pain because of the length and size of the vehicle and all the blind spots that come with it. Having a mid-size or half-ton makes your life noticeably easier if navigating a huge city is what you do on a regular basis, even if the truck is lifted and built up. Of course, any truck with a more modest lift will have an easier time in a crowded surrounding. You might just prefer a larger diesel with a smaller lift, especially if you have a lot of large stuff to haul. It’s up to you.